I have now modified the script to include support for Windows Servers. In this tutorial, when prompted to download the updates from the Microsoft Update Catalog for “Windows 10”, also include updates for the server versions you plan to deploy the update to.

Microsoft released an update on the Microsoft Update Catalog back in October 2020 called Update for Removal of Adobe Flash Player (KB4577586) that permanently removes Adobe Flash Player as a component of the Windows OS for Microsoft Edge (Legacy) and Internet Explorer. This update can be downloaded manually from the catalog but will also be made available via WSUS early in 2021 as Optional.

Search for Update for Removal of Adobe Flash Player for Windows 10 Version to find the update for ALL Windows 10 versions.

A few months later this update will classified as Recommended. This update cannot be removed once it has been deployed. Starting around Summer 2021 all API’s, GPO’s and other mechanisms that control the behaviour of Adobe Flash player will be removed. The update will then be included as part of the Cumulative Update and Monthly Rollup from that point on. Yes – unless you stop installing Windows Updates Adobe Flash Player is going whether you like it or not. During the transition to automatic removal, Microsoft will continue to provide security updates for Adobe Flash Player.

You can find more information here: –

Note: Flash Player will be disabled/removed from Microsoft Edge (Chromium) as part of the Chromium Roadmap. Currently touted for Chrome release 88+
https://www.chromium.org/flash-roadmap#TOC-Flash-Player-blocked-as-out-of-date-Target:-All-Chrome-versions—Jan-2021-

Edge Chromium is still enabled in 87+ at the time of writing this post.

To support Flash content on Mozella Firefox and Google Chrome admins would have been deploying the PPAPI or NPAPI plugins, or both. Adobe have released a universal uninstaller for these products to simplify uninstallation for all versions of the plugins. The uninstaller works for both 32 and 64bit versions of the Plugin.

You can find more information here: –

In this post, we will focus on deploying the Microsoft Update that removes Adobe Flash Player support for Microsoft Edge and Internet Explorer on Windows 10 using ConfigMgr / MEMCM

The chances are that by the time you are reading this post Microsoft will have published the optional update to your WSUS catalog. Ignore the rest of this post and go and drink tea..or take a peek anyway.

Importing Updates into WSUS on Server 2016 has its challenges so I will deploy the update as an Application in ConfigMgr. Because there is a unique update for each Windows 10 version I have decided to roll all the updates into a single application and use PowerShell to handle the installation. This way we have a single script that can handle all Windows 10 versions. Better than creating an application for each OS version right?

The scripts are pretty simple. Please test them before using them in production. This update cannot be removed once installed which limits how much testing I could do in my lab.

One script installs the update dependant on the OS architecture and ReleaseID and the other is used as the application detection method.

Before we start building our ConfigMgr application, we must first download all the Windows 10 versions of the KB4577586 update from the Microsoft Catalog. I download mine from the WSUS console link because it creates nicely formatted folders that we can use later on for our application content folder structure.

4 . A browser window will open, search the Catalog for Update for Removal of Adobe Flash Player for Windows 10
5 . Add “ALL” the updates to your basket *. There are 24 in total – the removal tool for Windows 10 20H1 can be used to remove Flash from Windows 10 20H2

* The Add button is only available when browsing the catalog from Internet Explorer. I will not be importing these updates directly into the Catalog because of various known challenges with WSUS on Server 2016

Your files will download into a similar folder structure as below. Place this folder onto a UNC that you normally stage application content from when building applications in ConfigMgr

8 . Download the following PowerShell Scripts to the same folder as above

10 . Select Manually specify the application information and click Next

11 . Enter the following information and then select Next: –

17 . Select Use a custom script to detect the presence of this deployment type in the deployment detection wizard and click Edit

21 . in the Requirement Type dialogue box, add a requirement for Operating System = Windows 10 and click Next

Before and after the application was deployed

Review basic Transcript log in the %TEMP% Directory on the client

We briefly touched on the PPAPI and NPAPI plugins which Adobe has a removal tool for.

With any luck, by the time you read this post KB 4577568 will be released to WSUS which will make deployment of the update much simpler. 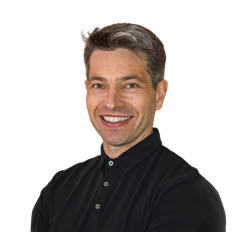 Community driven and passionate Technical Architect with 20 years experience in driving adoption and technology change within the Enterprise.